Life hasn't been that interesting, but I feel possessed to write. S did a tarot reading for me and told me that I need to trust my gut more--to stop overthinking every little detail and just give in to the process, do what feels good in the moment. So I'm going to try to do that. (I see 111s and 222s more than usual lately...does that mean anything?)


Met up with my boss at a coffee shop for the first time in months. It definitely went smoother than last time, but it was still a bit...odd. **TW: Homophobia?** My boss found a way to slip in a "Teddie is in the closet" joke during our conversation. Like, totally unprompted. I don't think I've ever really hinted at my sexuality around her, besides not being openly hateful of queer folks...She's not completely wrong, (I'm bisexual so she's technically half right, lmao) but it's a weird statement to make to someone who hasn't properly come out to you. (And that you have a professional relationship with...) I don't even really remember what I said in response tbh. I totally froze up, all I did was kind of laugh awkwardly. I'm hoping we can just move on from this and I still get a paycheck at the end of day...

I saw some of my friends this weekend, for the first time in ages. I realized that I hadn't seen S and J in person all summer! E hosted a bonfire and we made s'mores--soooo good~*! >w< Then we all played ACNH for awhile. I have to start getting into the habit of checking in on my island again. I think I can finally make it look "good" and cohesive with the new update coming~


But somehow, I've been in a sour mood. Most of my friend circle doesn't seem to be in a very good place mentally right now. Things are still chaotic here at home. Idk...Everyone's hurting, and there isn't much that can be done about it. It's selfish, but I wish it was easier to just go out somewhere and have fun, and not think about anything too serious.


It's not all that bad though. I feel like I've been (materially) sucessful this month, despite everything. My jfashion haul came in and it's all so nice~ That MILK coat is still my favorite thing--I'm pretty sure it's real wool! It's incredible, waaah~

Also, I've managed to catch some awesome sales on Steam recently: I bought Planet Coaster and Impossible Creatures. So my evenings have been spent playing those~


I lay awake at night and think about what I want my life to be like. There's a lot of things I'm excited about, but they all feel far away--like I can't manifest much in the present, but there are good things coming in the far-off future. But it's all pretty stupid though, I can't be sensible at all.


Before falling asleep one night, my thoughts were racing--"I just don't know what to do with my life. There's no one here to tell me what to do next," I thought. But then it hit me: that's the best part, isn't it? The fact that there's no one to tell me what to do anymore...? I've spent the first half of my life with helicopter parents and controlling partners. Even if it's chaotic and messy, I need to cherish this time in my life, because I feel like I can finally make decisions for myself for the first time. 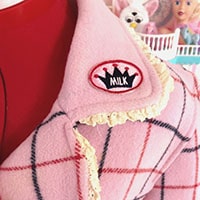 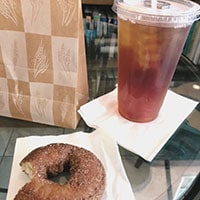 All that shit that went down with Facebook recently--just...WOW!!! Very exciting. I was on the edge of my seat trying to figure out what was going on, lol. For a second, I thought we were going to manage world peace, but then that evening it all came back online... ^^;;;


Looking over my phone calendar, I have a surprisingly busy month ahead. Both E and S want to have Halloween parties. D's birthday just passed and I still need to put together a present for them--I tried to order this cute acrylic keychain on Etsy, but I didn't realize it was back-ordered...I should at least cobble together some kind of card for them, in the meantime.


I'm really, really broke...but it's okay, I'm hoping to score lots of hours at work. I've been foolish with my money, though. I don't know what's gotten into me, lately. I've been extra impulsive, which isn't like me at all. An ancient second-hand shop for jfashion goods appears to be going out of business...The sales were crazy good, and I accidently bought myself a haul. Whoops, ha. In my defense, I've been looking for a cream-colored blouse for my wardrobe for ages, and all the cutsews were on sale for like, $5...I even got a MILK coat for like, $10?!

My inner child is healing, lol--tween me would be ecstatic over some of these things coming in the mail. And it just tickles me that my order confirmation addresses me as "Dear Princess"...It's such a tiny silly thing, but it's stuff like this that makes me fall in love with lolita fashion over and over again. It's just so over-the-top cute, ehehe~


Lots of exciting things have been happening in the cyber world! I'm finishing setting up my new computer. Slowly putting together my entry for the Yesterweb's Hall-o-zine issue. Thank you to everyone who took the time to read my first article about homepages! I was so surprised to get such heartfelt feedback from those of you that read it. It really touched me--I hope I get the chance to write more things that might inspire others~

If I can be honest, my family has been pretty insufferable lately. My dad has been extra argumentative lately. I'm not entirely sure why, but I think he's starting to realize that mom isn't joking around when she starts talking about divorce. My brother is acting out. Mom keeps getting almost scammed while looking at apartments on Craigslist...

The only thing I feel like I can do in this situation is keep sorting my things into boxes...I'm still tackling my mountain of sewing supplies. right now I'm organizing my ribbons and trims.


And somehow, it's already October. I don't think it's fully sunk in for me yet that Halloween is around the corner. It's like I blinked and the summer just...disappeared. It's stil weirdly humid here, and the leaves haven't changed color much yet. Looking back on it, I didn't have a very fun summer--but I think autumn still has potential. I hope I manage to make some nice memories before the snow comes~ 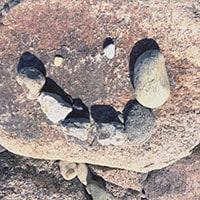 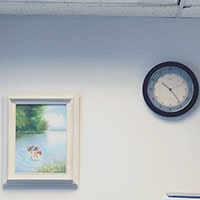