It's only been about a week, and the world has turned on me. I feel possessed.

I had started writing an entry a few days ago, but it was so terribly unhinged that I scrapped the worst bits. I'm hormonal and losing my mind--I finally upped my anti-depressents like I'm supposed to, and it made a huge difference. I'm so embarrassed that my monthly cycle can turn me into a completely different person...I was doing so well the past few months, but I guess it was time for me to finally have a bad flare-up again...

If I get can real, here (which I guess is maybe a silly thing to say, this is a diary after all) the amount of nights I've been unable to sleep because of PSTD flashbacks is getting overhwelming. When I can fall asleep, I've been plagued with violent night terrors. I feel so haunted--my mental state has been fragile, and the worst part about it is I can't confess this to anyone. I don't even think my own parents believe me when I try to be honest about what I'm feeling...I think they just write it off as me being dramatic or something.

**TW: violent animal death / grisly details **
Anyway, uh...I never know how to break news like this, but here's what happened the other day: A hawk came in and killed my chicken. It was Blondie--she was sickly and disabled and almost 10 years old. She couldn't walk much. The past year we've been picking her up and carrying her from spot to spot, sticking food and water under her nose twice a day to make sure she was getting sustenance...it's safe to say her quality of life wasn't great, but we were all hoping she would pass in a more peaceful way... :'(

This was SO much worse than the time I had to fight off a fox after it snapped the necks of our hens! Idk if I can handle this sort of thing again: the cold panic that sets in when I realize the yard is too quiet, the trail of feathers that's bound to lead to something bad...When I found Blondie's body, it was deep in a bush and her face was ripped off...the hawk was still in there with her.

Now we're down to one last hen, Penny. I thought she was gone too, at first--she had hidden herself so well that it took me awhile to find her, but she had squished herself real small in the bushes on the other side of the yard. She doesn't seem to be hurt, thank god. But now she's all by herself in the coop...chickens are social animals, idk what this effect this will have on her mental state...? I've been trying to go out and visit her three times a day, so she gets a little company.

It's exactly a week until our new clutch of baby chicks arrive. I was so excited, but now I don't know how to feel about it...I'm scared we're going to have another terrible accident like this one again. But for Penny's sake, I've got to persevere. Crying and praying over incense is all I can manage right now, but I'll be okay someday. 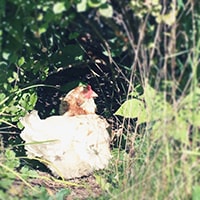 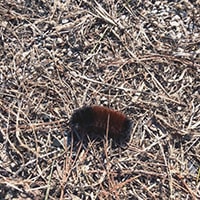 Okay, I know I was really jazzed about having a job again (and don't get me wrong, I'm still really grateful to be working again!) but man...I'm so burnt out this week!

My latest assignment was a doozy: it took all week, I was making dozens of prototypes for my boss...I seriously was running out of ideas by the end of it. Her aesthetic tastes have changed completely since I last worked with her, so that's been a learning curve on top of everything. But...even if I'm exhausted, she finally settled on some of my designs that she liked. This week will be significantly calmer, I'm grateful...

I've been working hard on my site here, still! The inspirational muse hasn't left me yet! Right now I'm planning to completely overhaul my links page--particularly my button wall of my Neocities friends and mutuals--the way it is now is okay, but there's so many people following me that it's starting to feel impersonal just making a giant wall of buttons...so I've come up with something to better showcase all of the unique folks that are my friends on here~! :') (I can't promise it'll be done anytime soon though, I'm drawing some of my own graphics for it, so it's going to take awhile...)

I'm also starting to make a little site for my best friend's M birthday. Don't tell her, it's a surprise! I'm trying to teach myself how to make a True and Proper website layout that's actually compatible with mobile...unlike how I just mash buttons for my personal site, here. ^^;;; Those community college classes I took last fall were expesnive, and in the end I didn't pass, but I think I really did learn something from them. CSS is coming a lot easier to me, now!

My evenings have been lazy. I'd like to play more Dead By Daylight and take advantage of my Rift Pass, but I've been struck with these monstrous headaches... Lately, instead of DbD, I've been messing around with VirtualBox trying to get my old PC games to play. I barely understand how it works, but it's been really exciting..!!!

Reading this entry over, it sounds like my focus is all over the place again, lol. I have kinda been absent-minded...but I think I deserve a little rest, after getting all of that work done. The chickens have been keeping me busy--the weather's been just warm enough for the mites to come back. Mom and I worked really hard cleaning the coop. It's just a few weeks until our new baby chicks arrive!!! 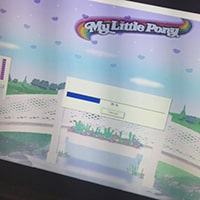 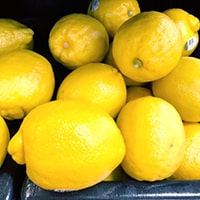 Happpy March~! Everything's kind of a blur...Geez...I didn't think that my life could be that interesting, as we slowly approach the one year anniversary of the global pandemic, but--Somehow, everything feels more exciting, lately.

It's nice to have even a sliver of hope for the future. Even if it's just about something stupid, like "Oh I'm gonna make pancakes tomorrow!" I'm just happy to...be happy about something!!! Yeah!!!

I've been getting some work for my new job done--creating lots of prototypes and rough drafts of things. It's been interesting. I realized the other night that when I was new to my boss, my other co-workers were doing this stuff...It's nice to know that my boss trusts me with bigger tasks now! But also a little intimidating: I get to wondering why anyone trusts me with anything...ha. :p

I made A Purchase (or two...) this week. Now that I know I'll be getting a paycheck again, I don't have to be as stingy with my money. I bought something expensive from my childhood off of Ebay--I don't want to say what it is just yet, but I'm really excited about it!!!! I don't want to get into the details just yet, in case it turns into Content for my site here...lol~

I went to a thrift shop and dumped off all of my bags of fabric that I sorted out awhile back. I still have a ways to go in cleaning out the craft closet, but...it was cathartic to finally see that junk go. I shopped around a little, but I didn't see anything I really wanted to buy--it's hard to justify clothes shopping now, because I barely leave the house. Mom asked me if I wanted to go out shopping somewhere else, but I couldn't think of anything I wanted that moment. Lately, I only want to spend my money on food and videogames, haha~

I feel like I've changed so much in just a short amount of time...My priorities are so different from what they were just a few years ago. Not that change is bad, it's just...different. I'm not sure what to make of it just yet. Lately I've been writing and organizing old computer files in my spare time. My parents made a giant pitcher of margaritas for fun one night, and I drank wayyy too much! It was too yummy, I couldn't taste the tequila...and I forgot that I'm a total lightweight.

I don't think I've ever been that drunk before. I was crying to my friends on discord for help, lmao.

My house lost power in a huge windstorm the other night. It was so scary!! It was so terribly cold--I seriously thought my chickens might die without their heat lamp, but they pulled through! I spent the whole night awake, shivering under three blankets and listening to the walls shake. I think my body is still trying to recover from the lack of sleep. I've been surviving on a lot of peach tea. 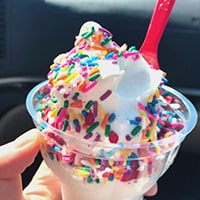 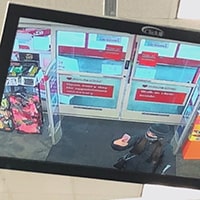