....I really don't know how to start this entry. I've been trying to write this for days, but it just feels like a lot of rambling. This past week has felt like the longest week of my life. Mom went away on her trip, and I attempted to clean my grand-dad's hoarder house so that I could have my y2k-themed party there. Picking up after my dad and brother and caring for all of the animals for a whole week was a lot...I felt stretched so thin. I'm so tired.


Looking back on it, trying to tackle the giant task of my grand-dad's messy house was waaaay too much to take on. It was just...mountains of garbage, everywhere. I knew it was pretty bad, but I'd find stuff like used tissues and newspaper clippings tucked into weird places. On one hand, I think it's nice that I managed to clean enough to give him a fresh start when he arrives home...but after seeing his house closely with my own eyes, his condition is a lot worse than I thought. The stress of that environment (on top of the drama back at my own house) ate away at me--Some mornings I was so agitated that I couldn't sleep, and I snuck out in the wee hours of the morning and watched the sunrise on the backporch.


But my party itself was a success!!! Really grateful to have had the chance to see everyone in the same room--even D, who managed to make it last minute. We played Dream Phone (really fun!!!! I didn't have this one growing up!), Pretty Pretty Princess, and the Neopets board game. Then we had dinner, and played some MASH. We didn't end up having the energy to watch any movies, but that's alright. Everyone seemed to enjoy themselves, so I'm happy~


...I don't think mom enjoyed her trip. From what I can tell, the change of scenery was nice, but caring for my grand-dad ended up being more of a chore than a vacation. I feel bad that I complained so much whenever she'd call me to check in. I really tried to keep my business out of her vacation, but she'd ask about my dad and brother, and how we've been taking care of ourselves, and I'd have to admit "Oh, dad's cooking is awful", "The house is a pigsty, no one wanted to do the dishes all weekend"...

She ended up having a huge argument with my grand-dad on the flight back home. She hasn't spoken to him regularly again since.


I still managed to find time to goof off during that week. I hit red ranks for the first time in Dead By Daylight, lol. The latest Salad Fingers episode (massive trigger warning on this btw) is consuming my thoughts. It was so good--but I feel like I've been sent back to when I was 15, watching the series over and over again, reading pages-long theories on what it all meant on obscure forums that don't exist anymore. Trying to wrap my brain around it is a fun little exercise--I've got the feeling that David Firth doesn't want to actually commit to a real meaning behind it though, ha. I'm trying to write my thoughts down this time around, cuz those forum theories are long gone now, and the ones on Youtube don't satisfy me. Wondering if I still have my god awful anime Salad Fingers drawing packed away somewhere. Saland Fingers shrine in the works, maybe...?


Been in the mood to write in general. A lot of ideas flying around my head. I'm trying to write some of them down, so that I don't lose them all. I've even been drawing a little bit! But I haven't had the courage to open up my sketches on my ipad yet to finalize them. My friends have been asking why I haven't streamed in awhile...whoops, I forgot about it, lol~ :x I need to finally finish some art and learn how to make a twitch overlay, ugh.


M's birthday just passed, and I got her a few things. I went to a lot of different stores this past weekend, catching up on grocery shopping with mom and trying to find something for M. I ended up buying her cupcakes at this fancy bakery~! I gave her the presents when we met up to go walking the other night~ Apparently we only have 2 more weeks of our excerise class left...thinking about that makes me feel lonely already. 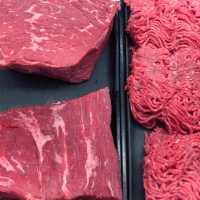 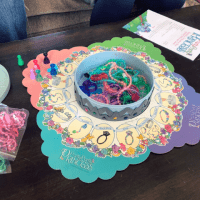 I'm unsure of how to start this entry. The whole world has changed in just a week or so. My nights are sleepless, trying to follow the news. Please send your prayers and support to Ukraine.


Despite everything, I've been surprisingly busy! S and J held a last-minute gathering at their place. They made margaritas and we played Catan. I was kinda bummed because I drank my margarita without the alcohol--I think a little buzz would have made the board games more interesting lol, but I was the driver that night. I'm trying to drink less, anyways...but it was still really nice to see everyone in person! We haven't seen each other face-to-face since early December. I've barely talked to E in the past few months, so it was nice to check in with her.


Everyone's been talking about my party coming up. S and J already bought outfits, lol. It's nice that everyone is so excited! I'd try to plan these elaborate themed parties as a teenager, but it felt like pulling teeth to find people who wanted to participate...Now I'm agonizing over the song order in the music playlist I'm making. If you wanna take a listen, you can check it out here. (Be warned that I'm still adding/removing stuff, though. It's under construction, haha)


Mom wants to go shopping a lot. We've been to two different thrift shops trying to find her a summer dress for her trip. I've donated (at least) 4 bags of old clothes, and I've decided that I desperately need more bottoms in my wardrobe. I've bought a pair of pants and four skirts. Proud of myself for having enough restraint to not stray from my goal and get tempted to buy random trinkets if they're under $10, lol.... ^^;;;


M and I are back on our regular routine now that spring break is over, and we head to the highschool twice a week for our walking. I've definitely picked up her cold, though...ugh.

Mom is pissed that I might accidently get her sick before her trip. But it isn't really all that serious--I took a covid test just in case and it's negative. I'm just a bit sneezy with a scratchy throat, nothing much different than my usual allergies.


Distracting myself with a lot of little projects. I've been researching how to jailbreak my 3DS. Trying to find a better way to organize my closet ever since I found a petrified dead mouse in my storage. Even considering trying to sew something lately--for the first time in maybe like, 4 years?! But these are all distractions, really...I'm trying to forget just how many chores I'm going to have once mom leaves. Trying to live around my dad's narc antics and my brother's OCD is becoming unbearable. I have to hide everything--it's much easier to get things done at night when everyone else is asleep. But...When am I going to be able to sleep...? The last time I had to "run the household" (so to speak) was only for four days, and I felt like collapsing. I'm not sure how I'm going to handle a whole week.


But...that's then, and this is now. I'll try my best to enjoy my days to the fullest until then. 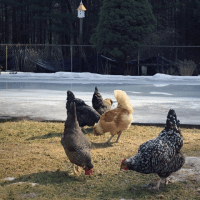 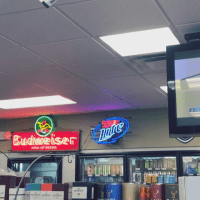