In just one night, everything changed.

This is a long story, but I'll try to keep it simple for my future self, and anyone else out there reading this: Friday night (April 8th), my dad tried to kick my mom and I out of the house. I'm not entirely sure if those are the right words to be using--but my mom and dad got into a heated argument while I was upstairs...and I got a text from mom saying "Dad says to leave. Pack your bags." As you can imagine, this sent me into a panic, especially with no context with how we got to this point. I was looking over my room, trying not to cry, thinking "Okay, like...if I can never come back here again, what should I take?" It turned out, I couldn't pack all that much--I don't even own a proper suitcase, it was just me and my backpack.


We got in the car and drove towards the ocean, with the idea that we'd spend the night at my aunt's place. But mom got sheepish about intruding on them, and we booked a hotel room instead. On the way there, she tried to explain what had happened between her and dad. I'd like to think I initially misunderstood the whole getting "kicked out" bit--that the conversation was actually started by my mom, and just went back and forth until mom ended with "well I'll leave then, so I don't have to deal with your annoying ass"...But it all still sucks.


The trip would have been nice, I think, if it wasn't for my painful ear. In the chaos of everything, I forgot to pack my ear drops...My condition got worse since my last entry. I absolutely couldn't hear out of my left ear at all. It was ringing so much, and the pressure made me feel like my head was going to explode--like I was underwater or something. But going thrift shopping with my aunt was fun, and I had a really huge breakfast at the hotel the next morning.


We came back home after spending one night. We weren't even gone all that long, but I'd like to think it was long enough for my parents to calm down. We forgot way too much stuff while packing (poor mom didn't even have a change of clothes) and we needed to return home to care for the animals, anyways. So...now things are back to normal, I guess? I've been home for a few days now. Dad seems to have chilled out, and has been catching up on housework as an apology, I think.


But it all still feels wrong. It doesn't really excuse his behavior and how it lead up to us literally running from him. I watched him lose his shit and shriek at inanimate objects earlier that day...a complete tantrum, like a toddler. Something was going on, and he was acting incredibly unhinged--the only thing I can chalk it up to is that maybe he was using some kind of substance that day. Too much weed was making him paranoid, and he was seeing things..? Maybe...?!?


I'm still shaken. What does this mean for the future? How bad is this going to get...? Mom's been slowly putting together the giant packet of paperwork she needs to finalize the divorce, and she tells me that she's almost done. But...what's going to happen when dad gets the letter in the mail officiating this? How crazy is he going to get?


And I feel trapped in the middle of all of it. This is my own fault, to some degree--for not being able to support myself and move out on my own before shit hit the fan, my health issues making me "late to life", so to speak. But there's not much I can do about it, now. I'm trying to pick up the pieces in my own life--I've seen the doctor for my ear since I've been back home, and I'm trying to get more things into boxes.


Before all of this went down, I was working really hard on my overlays for twitch. Things are finally starting to look how I imagined them!!!!

I'll be testing all of the interactive stuff I set up with StreamElements this weekend. (Hopefully it doesn't all break as soon as I go live, lmao) Since my family isn't celebrating Easter, I hope to stream a couple of times this weekend. I need the practice! Everything might be awful, but I'm going to try to have hope and channel my nervous energy into something productive. 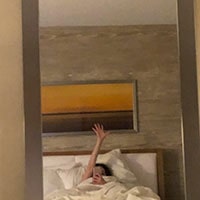 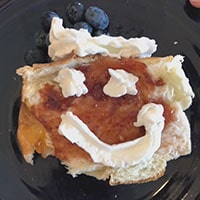 April 1st was my grand-dad's birthday. Mom and I brought him Thai food takeout, some cake, and some expensive wine. Two of my aunts drove up to visit, and his nurse that visits him twice a week stopped by to say hello and ended up having lunch with us. He seemed really happy, so I'm glad! I think it was nice that he had so much company. The food was really good, too--I loooove Thai iced tea~!


I can't say that life has been particularly interesting lately...I've totally wasted away the past week. I haven't been feeling well--my insomnia has kicked up, and I think I've come down with some kind of cold/sinus infection? I was dead certain that I had finally caught covid, but my rapid test said I was negative. The worst part about feeling this way, is that...my ear is totally clogged!!!!

I woke up one morning and I couldn't hear out of it. I've always had dirty ears (blame bad genetics, lol) but usually this sort of thing clears up after a day or two. I'm on like...day 4 of a backed up ear, and it's getting painful. I've been trying every home remedy I can think of--ear drops, hydrogen peroxide, hot water...


It's horrible. When I get sick at all, my whole body throws a tantrum. I'm really bad at dealing with it.

I really am a huge baby about these sorts of things. I can't bring myself to do anything. Which is a shame, because the weather has been so nice lately. I could be cleaning, gardening...literally anything, but I've just been rotting into my couch.


I've had some rather intense conversations with friends lately. Some drama within the friend group. I can't go into much detail here (in case someone happens to see it) but...ugh, I'm not even sure what I should say...but for the sake of my future self reading this, I'll make a vague note: Someone crossed a line and made a suggestive comment towards me. It was all really strange and out of nowhere. The rest of the friend group is assuring me that the person in question will lose interest/get embarrassed if I don't give them attention, and I agree,but...this whole situation is just really frustrating. This all feels like middle school crap, and we're pushing 30...


But, even if things have been kinda stressful, not everything is so bad. Been playing a lot of videogames when I have the brainpower for it. I managed to win all of the prizes that I wanted from this past tome in Dead By Daylight...that took forever, omg. (That could be the reason for my impacted ear, honestly--all those hours wearing my headphones...) Since I'm taking a wee break from that, I've figured out how to install OpenRCT2 and have been playing that! So many nice memories playing Rollercoaster Tycoon~ ;w; My child-self would be over the moon to discover that I've finally learned how to install mods/custom scenery stuff!


Been drawing a bit. Finally coloring some sketches I started for potential stream overlays. I've set a rough deadline for myself to start streaming regularly again by Easter...I'm hoping that gives me enough time to figure out StreamElements and finally finish a basic overlay. I've been procrastinating on this for waaay too long! The longer I put this sort of thing off, the worse my anxiety is going to get.


I told my mom that this was what I was working on, and she was confused--she said something like, "Huh? I didn't think you liked streaming games live? You don't seem to enjoy it much". ...And that made me think. It's true that I totally panic every time I hit the "go live" button--but I've been telling myself that maybe it would get easier with more practice. And my voice is really annoying to listen to in playback, lol... >.< Idk, maybe streaming isn't such a good match for me. And that makes me sad, because I really wanted this to work out...But I don't want to give up just yet.


I still have so many ideas I haven't even had the chance to attempt yet. I have to keep pushing forward if I want this to go...somewhere, anywhere at all. 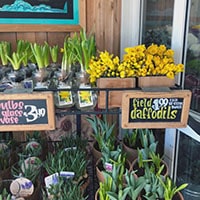 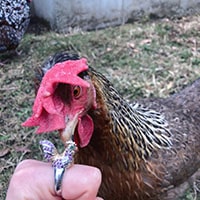